[06/25] Rice v. Astrue
In plaintiff's appeal from the district court's order requiring her attorney to remit a portion of her Equal Access to Justice Act (EAJA) award if she won attorney's fees at the administrative level, the order is reversed where a federal court may not condition the amount of its EAJA award of attorney's fees on a future grant of attorney's fees by the Commissioner of Social Security.

[06/22] Hawaii Stevedores, Inc. v. Ogawa
In a petition for review of a decision of the Benefits Review Board (BRB) affirming an Administrative Law Judge's (ALJ) grant of disability benefits under the Longshore and Harbor Workers' Compensation Act, the petition is granted in part where: 1) the mere fact that an expert witness talked with a party's lawyer and then altered his or her opinion language, though it might be considered relevant, did not require a factfinder to find that expert witness was other than credible; and 2) the ALJ's finding of the maximum medical improvement date was not supported by substantial evidence. However, the petition is denied in part where: 1) the ALJ's finding that petitioner did not meet its burden of demonstrating prejudice was supported by substantial evidence, and respondent's late notice was properly excused; and 2) respondent's stroke qualified as a compensable injury under the Longshore Act.

[06/18] Action Alliance of Senior Citizens v. Sebelius
In an action seeking to retain plaintiffs' mistaken refunds of their Medicare premiums, dismissal of the action is affirmed where the Social Security statute allowed waiver from recovery of overpaid Social Security benefits, not waiver from recovery of mistaken Medicare Part D premium refunds.

[06/18] Jennifer Matthew Nursing & Rehab. Ctr. v. US Dept. of Health & Hum. Servs.
In a petition for review of a ruling by the Appeals Board of the U.S. Department of Health and Human Services affirming the decision of an Administrative Law Judge that upheld the assessment of an $80,000 civil monetary penalty for regulatory violations imposed by the Centers for Medicare and Medicaid Services against a certified nursing facility formerly owned and operated by petitioner, the petition is dismissed as moot where, subsequent to the filing of the petition, the new owner-operator satisfied the civil monetary penalty assessed against the facility.

[06/17] Price v. Wolford
In the Oklahoma Health Care Authority (OHCA)'s appeal from the district court's order allotting part of a malpractice settlement to OHCA in full satisfaction of the lien, the order is reversed where the district court correctly construed Oklahoma law but erred in finding that the settling parties had proved by clear and convincing evidence that only $67,666.67 of the settlement could be attributed to medical care paid by Medicaid.

[06/14] Astrue v. Ratliff
In an action against the Social Security Administration for Social Security benefits, the Eighth Circuit's reversal of the district court's order that plaintiff's attorney lacked standing to contest an offset imposed by the U.S. against attorney's fees received by plaintiff is reversed where a 28 U.S.C. section 2412(d)(1)(A) attorney's fee award was payable to the litigant and was therefore subject to an offset to satisfy the litigant's preexisting debt to the government.

[06/10] Kluesner v. Astrue
In a petition for review of the Commissioner of Social Security's denial of petitioner's application for disability insurance benefits and supplemental security income, the petition is denied where: 1) the medical records from the period that petitioner used marijuana were substantial evidence that his substance abuse was a contributing factor material to his disability; 2) the Administrative Law Judge's (ALJ) initial finding that petitioner's symptoms, regardless of cause, constituted disability did not preclude an ultimate finding that substance abuse was a contributing factor simply because petitioner was not abusing marijuana at the time of the hearing; and 3) the ALJ did not reject petitioner's testimony that he had stopped using marijuana, and in fact, he found that his substance abuse was "in remission."

[06/07] Nielson v. Shinseki
The final judgment of the U.S. Court of Appeals for Veterans Claims denying petitioner entitlement to Department of Veterans Affairs outpatient dental treatment and related dental appliances is affirmed as a "service trauma" under the statute is an injury or wound produced by an external physical force during the performance of military duties, and does not include the intended result of proper medical treatment, such as extraction of teeth due to periodontal infection.

[06/07] Roberson v. Shinseki
The Court of Appeals for Veterans Claims' affirmance of the Board of Veterans' Appeals' decision denying petitioner's claim for death and indemnity compensation for her husband's death from non-service connected cancer is affirmed as the Veterans Court correctly interpreted the elements required for a claimant's recovery under the previous version of 38 U.S.C. section 1151.

[06/01] Colantonio v. Shinseki
Decision of the United States Court of Appeals for Veterans Claims finding that petitioner was not entitled to a free medical examination in connection with his claim for compensation for a service-connected disability is vacated and remanded to permit the Veterans Court to reconsider its harmless error analysis in light of the proper interpretation of 38 U.S.C. section 5103A(d)(2).

[05/27] Hubbard v. Merit Sys. Prot. Bd.
Judgment of the Merit Systems Protection Board dismissing an appeal from the Office of Personnel Management's (OPM) denial of an application for federal employee's disability retirement annuity benefits is affirmed as petitioner's failure even to respond to an administrative judge's order directing her to "file evidence and argument demonstrating that the appeal was timely filed or that good cause exists for the delay" justified the administrative judge's dismissal of the appeal as untimely.

[05/27] Genier v. Astrue
In plaintiff's appeal from the district court's judgment affirming the Social Security Administration's denial of benefits to plaintiff, the judgment is vacated where: 1) the administrative law judge (ALJ) failed to consider all of the evidence of record, including plaintiff's testimony and other statements with respect to his daily activities; and 2) plaintiff's testimony did not contradict his assertions that he had been substantially impaired by pain and fatigue prior to his treatment and surgery.

[05/24] County of Suffolk v. Sebelius
In an action under the Administrative Procedure Act seeking additional funding for fiscal years 2007 and 2008 from a grant program administered by the Department of Health and Human Services (HHS) pursuant to the Ryan White HIV/AIDS Treatment Modernization Act of 2006, dismissal of the action is affirmed where the congressional appropriations relating to the funds sought had been lawfully distributed -- and therefore exhausted -- and thus the court of appeals lacked authority to grant effectual relief in the context of an Article III case or controversy.

[05/20] Gaston v. Shinseki
In petitioner's claim for an earlier effective date for his award of total disability based on individual unemployability (TDIU), judgment of the United States Court of Appeals for Veterans Claims denying the claim is affirmed as, under 38 U.S.C. section 5110(b)(2), a veteran is only entitled to an earlier effective date if an increase in his disability occurred during the year before he filed his claim.

[05/18] McClesky v. Astrue
The district court's affirmance of the Social Security Administration's denial of petitioner's claim is reversed and remanded in light of the inadequate analysis of credibility by the administrative law judge and her erroneous assumption that a job as a telemarketer would be consistent with claimant's limitations.

[05/10] Carlson v. Astrue
In petitioner's appeal from a judgment upholding the Commissioner of Social Security's denial of petitioner's application for supplemental security income, the order is affirmed where: 1) the Administrative Law Judge's (ALJ) consideration of petitioner's physician's signed residual functional capacity assessment satisfied the obligation to receive an expert opinion on equivalence; 2) it was reasonable for the ALJ to conclude that petitioner's control of his diabetes prevented future episodes of ketoacidosis with vomiting and nausea, and thereby limited the severity of the impairment; and 3) substantial evidence supports the ALJ's conclusion that petitioner's impairments did not equal the severity of all the criteria in Listing 5.08.

[05/10] Fincher v. S. Bend Heritage Found.
In plaintiff's suit against defendant for denying his application for Section 8 housing in its building, summary judgment for defendant is affirmed where: 1) under Eidson v. Pierce, 745 F.2d 453 (7th. Cir. 1984), Section 8 housing applicants do not have a protected right that entitles them to some form of due process when they are rejected from a specific Section 8 housing unit, and because Eidson was a well-reasoned opinion, and no significant changes in law have occurred between when that case was decided and now, plaintiff's argument that it should be overturned is rejected; and 2) district court properly rejected plaintiff's claim that he is entitled to bring suit as a third-party beneficiary of a contract entered into between defendant and its funding agencies, such as HUD.

[04/30] Baptist Mem. Hosp. v. Sebelius
In two hospitals' petition for a writ of mandamus to compel the Secretary of Health and Human Services to reopen final Medicare reimbursement determinations regarding inpatient services provided by the hospitals, the dismissal of the petition is affirmed where section 405.1885(b) expressly limited the duty to reopen to cases in which the Health Care Financing Administration provided a notice of inconsistency to intermediaries within three years of a Notice of Program Reimbursement.

[04/27] Guillory v. Shinseki
United States Court of Appeals for Veterans Claims' affirmance of the Board of Veterans' Appeals' finding of no clear and unmistakable error in a regional office decision assigning a particular date for an award of special compensation resulting from the diagnosis of a service connected seizure disorder, as well as dismissal of claimant's claims for increased compensation for lack of jurisdiction, is dismissed in part, reversed in part and remanded where: 1) claimant's challenge to the ruling on the seizure disorder is dismissed as the onset and severity of the seizure disorder are questions of fact beyond this court's jurisdiction for review; but 2) Veterans Courts' jurisdictional determination is erroneous and is thus reversed and remanded with respect to the claim arising from the loss of the use of both buttocks and the right and left trunks through the knee.

[04/26] Schaaf v. Astrue
District court's affirmance of an ALJ's denial of claimant's application for Social Security disability benefits after he lost partial use of one arm in a snowmobile accident, claiming that he no longer could perform his past job as a mason or any other job, is affirmed where: 1) claimant has not presented any evidence of what further evidence the ALJ would have elicited and thus has not shown prejudice; and 2) ALJ did not err in concluding that there was no evidence that any side effects from medications would prevent claimant from working. 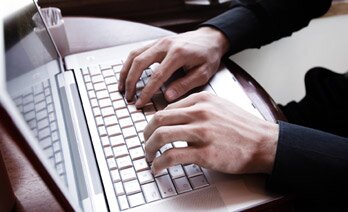 At this law firm you are a partner in the appeal process, they do all the work, but all the work they do is always open to you for review at any time, day or night. The whole processing of the claim by this law firm is transparent, there is nothing secret for fear that the client might not understand.